What’s the difference between a Shift, a Run and a Job?

A Shift is an allotted schedule booked in which the Runner(s) delivers groups of jobs for the same Sender. The Sender or Go People Admin can book a Shift.

A Run is a group of jobs that has been put together by either the Sender, our system or our Operations team. It may include several jobs from the same Sender. A Runner is allocated to a Run.

A Job is a delivery that a Sender has booked on our platform. The Runner collects the delivery from the Sender at the pick-up location and delivers it to the Recipient at the drop-off location.

A Job or many Jobs can be put together in a Run. A Sender may book one or several jobs via the Go People platform.

The graph below shows the relationship between Shifts, Runs, and Jobs. In this example, there is 1 Shift, consisting of 3 Runs. This Shift has 27 Jobs. 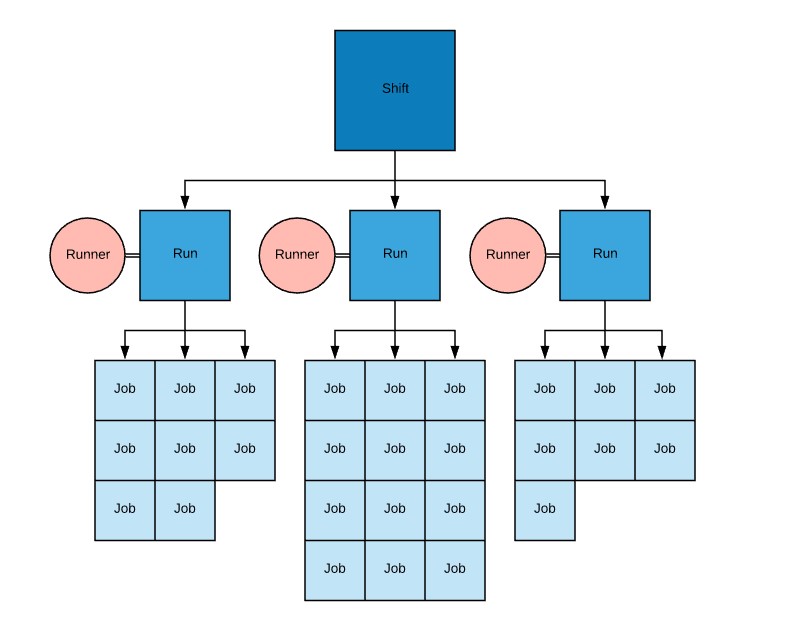