The story of Go People started in 2014 as “PPost”, when it went to market to change the delivery industry and disrupt legacy delivery and courier rules, resetting the benchmark of how deliveries can be made.

Our mission is to empower Australian SMEs and Drivers with technologies via the crowd sourcing model to make products delivered to customers faster and more efficient with premium delivery experiences.

Over a year was spent to build the product from scratch for multiple platforms including iOS App store, Android Google Play, and Web interface. Since the launch, Go People has achieved enormous growth, rising from $0 revenue in 2016 to continue doubling revenues in the following years. Businesses Australia-wide are on the hunt for a smarter, faster, simple delivery service.

“Just like how Airbnb has shaken the house renting market, and Uber has shaken the taxi industry, Go People will reshape the delivery world.” (21 May, 2015 by Wayne Wang)

Go People started out with only ‘On Demand’ services (Now known as GoVIP), evolving to ‘Same Day’ services offering ‘Consolidated Runs’ in the morning and afternoon. Now known as GoSAMEDAY, these runs combined a standardised service and set rates with the flexible nature of on-demand deliveries.

The company received major funding in 2016 and rebranded to ‘Go People’.

Shortly after, in 2017, Go People introduced ‘Dedicated Runners’. Now known as GoSHIFT, this service was designed to offer a cost-efficient solution for Senders with a large volume of goods to send. Instead of paying per drop-off, Senders pay by the hour; this means that as the density and volume increases, the cost per delivery plummets.

Beginning in December 2017, some of our Senders were given the option of GoSHIFT Pro (Now known as AIFleet), Go People’s first foray into fleet management software. In short, AIFleet allows Senders to control and manage their own deliveries, including integrating their own drivers or fleet into the Go People system. This has now officially evolved to the three level Subscription plans with number of features for clients to optimize their fleet, allow clients’ own drivers to optimize routes and manage deliveries with superiror experiences.

You can also keep up to date with everything Go People by following our Facebook and LinkedIn. 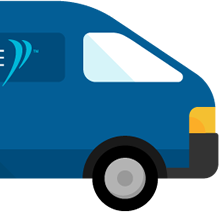 Go People is the only delivery service that operates 24/7.

Send an one-off job Sign up to be a member

You are about to give up all member benefits by signing up as a non-member.
Are you sure to continue?